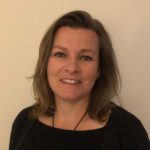 Tracey began online instructing in 2014 as a co-facilitator for RHSC 509 “Facilitating Learning in Rehabilitation Contexts”.

Tracey graduated from the University of Toronto and has worked as a registered Physiotherapist for over 25 years. Her clinical focus has included adult neurology, specifically stroke and acquired brain injury services in rehabilitation, community-based and acute care settings. Tracey has extensive post-licensure neurological training and has assisted in developing numerous workshops and courses for clinicians in Ontario. In 2005 she developed and taught an Adult Neurology workshop to physiatrists and physiotherapists throughout Bosnia-Hercegovina as part of a government funded project led by the International Centre for the Advancement of Community-Based Rehabilitation (ICACBR) based out of Queen’s University in Kingston, Ontario. From 2008-2010 Tracey was seconded from her clinical role to work as an Education Consultant with the Ottawa Hospital Model of Inter-Professional Care (TOH IPMPC©), establishing an education plan to assist clinical teams in developing knowledge and skill in interprofessional practice. From 2010- 2016 she worked with the Champlain Regional Stroke Network as the Best Practice Team Physiotherapist based at The Ottawa Hospital. This role included clinical work as well as developing and providing education, and leading regional projects aimed at disseminating and improving uptake of stroke best practices throughout the care continuum. In November 2016 Tracey transitioned to her current role as Physiotherapy Profession Leader at The Ottawa Hospital General Campus where she oversees the practice of over 60 physiotherapists and physiotherapist assistants.

Tracey received a Master’s degree from the Faculty of Education (Concentration in Teaching, Learning and Evaluation) from the University of Ottawa in 2010. Her thesis and research interests include post-licensure professional development and clinical mentorship. Tracey is excited to learn with and from the perspectives of others who are grounded in clinical work.